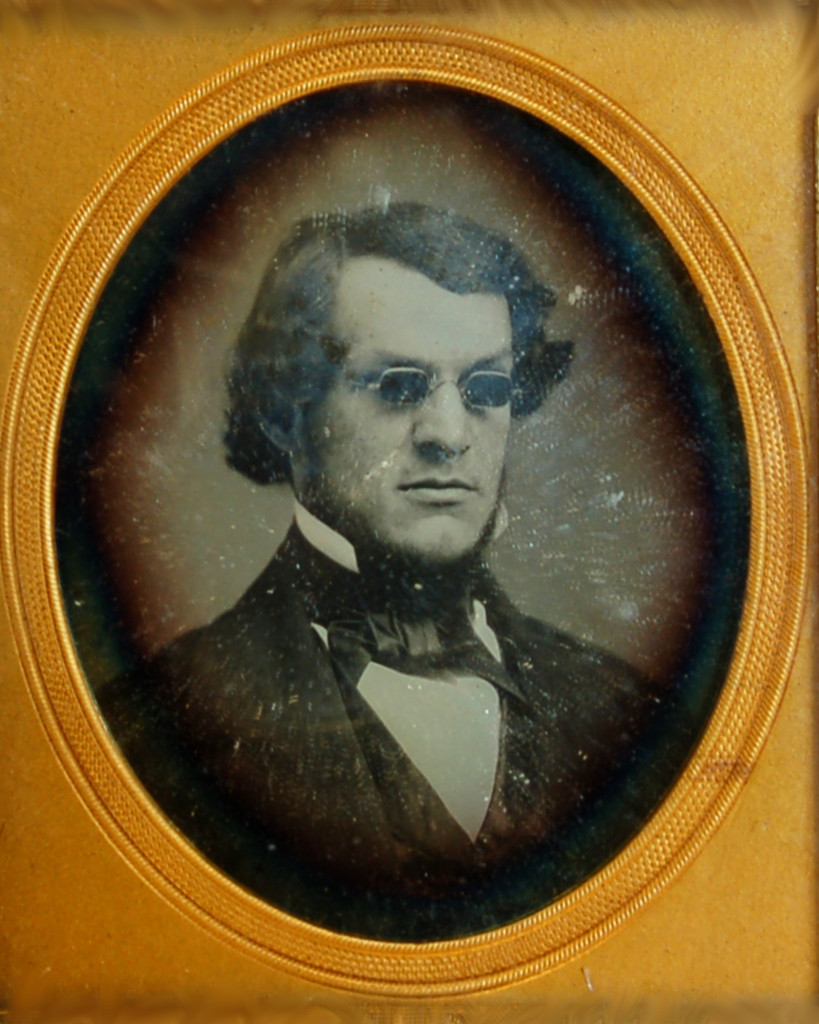 In the “obnoxious and distasteful” draft of July 1863, fifty-seven Andover men were discharged as “physically disabled,” many for dubious conditions that attracted some ridicule and scorn from the families of men already serving.  But no one disputed the disability exemption claimed by thirty-two year old Edward Carter(1829 – 1881), who had been blind from birth.

Born in 1829, Carter was the third (of four) member of his family to be born blind.  He followed his two older sisters to the Perkins School in Boston where he was taught a number of practical skills.  As a young man, he lived with an older brother on an Andover farm and owned nine cows which he took care of and milked himself.  He also earned money by sawing and splitting wood and by caning chair seats.  Later he tuned pianos for Andover piano manufacturer Jacob Chickering and also for private individuals.  A younger sister remembered that “he was actively interested in all the affairs of the town and Church, and his voice was often heard in the meetings and always commanded a hearing because of his earnestness of purpose and spirit and clear, sound judgment in all manners of general concern.”