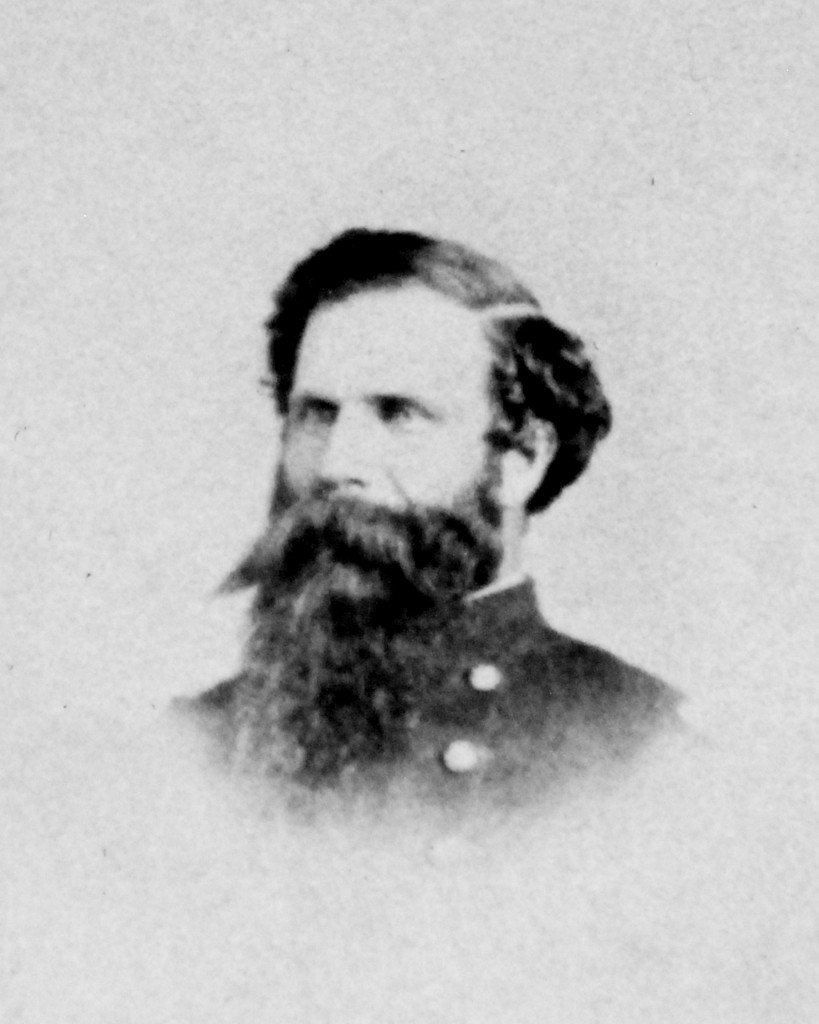 “Exceptionally fine looking” and “six feet tall in his stockings,” Horace Holt was voted Captain of the Andover Company. He spent most of his boyhood living in an old tavern and farm property at what is now the corner of Salem Street and Highland Road.  He had sailed around Cape Horn to California, and returned overland where he saw “rough life on the Plains in Indian fighting.”  Holt was also a widower – his wife Sarah had died in May 1858 after three years of marriage.

Holt received much of the credit for the Andover Company’s “fine appearance,” and discipline.  They saw their first action at the Battle of Spotsylvania in May 1864 and continued through battles at North Anna, Cold Harbor and Petersburg.  Holt was wounded on June 22, at Weldon Railroad near Petersburg.

He recuperated in Andover from a gangrenous abdominal wound, but was able to return to his unit. In April 1865, Holt marched in Lincoln’s funeral procession on Pennsylvania Avenue.  For the occasion, he was issued a silk sash and a pair of mourning rosettes that are now on display, along with a collection of Holt’s swords, in the Memorial Hall.

After the war, Holt prospected for gold in Montana and Wyoming before moving to Utah, where he married the widow of a Mormon polygamist.  Holt’s only son was born there in 1885.

Holt maintained cordial correspondence with the town and his old comrades.  He died in 1906 in Logandale, Nevada at the age of seventy-seven.