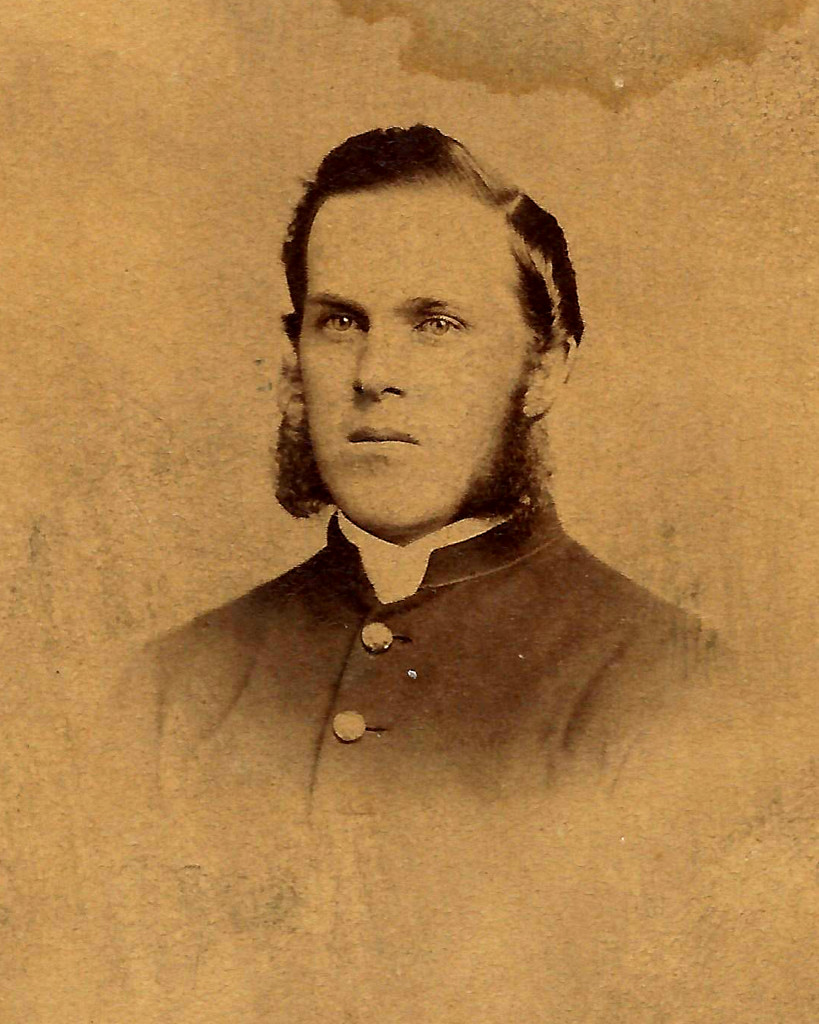 Jonathan Abbott Holt (1841-1864) was raised in the family farmhouse now numbered 111 Reservation Road.  His father, Deacon Solomon Holt, had been one of the founders of the West Parish Church.  He enlisted in the Andover Company in the spring of 1861 and was mustered on July 22 of that year as a private in Company H of the 1st Massachusetts Heavy Artillery.  With the rest of the company, which included many of his boyhood friends, he spent the first years of the war on garrison duty in the forts surrounding Washington, D.C.  He was killed on May 19, 1864, a casualty of the Regiment’s first significant action, at Harris Farm during the Battle of Spotsylvania.  His remains were buried originally on the field and later moved to the National Cemetery at Fredericksburg.