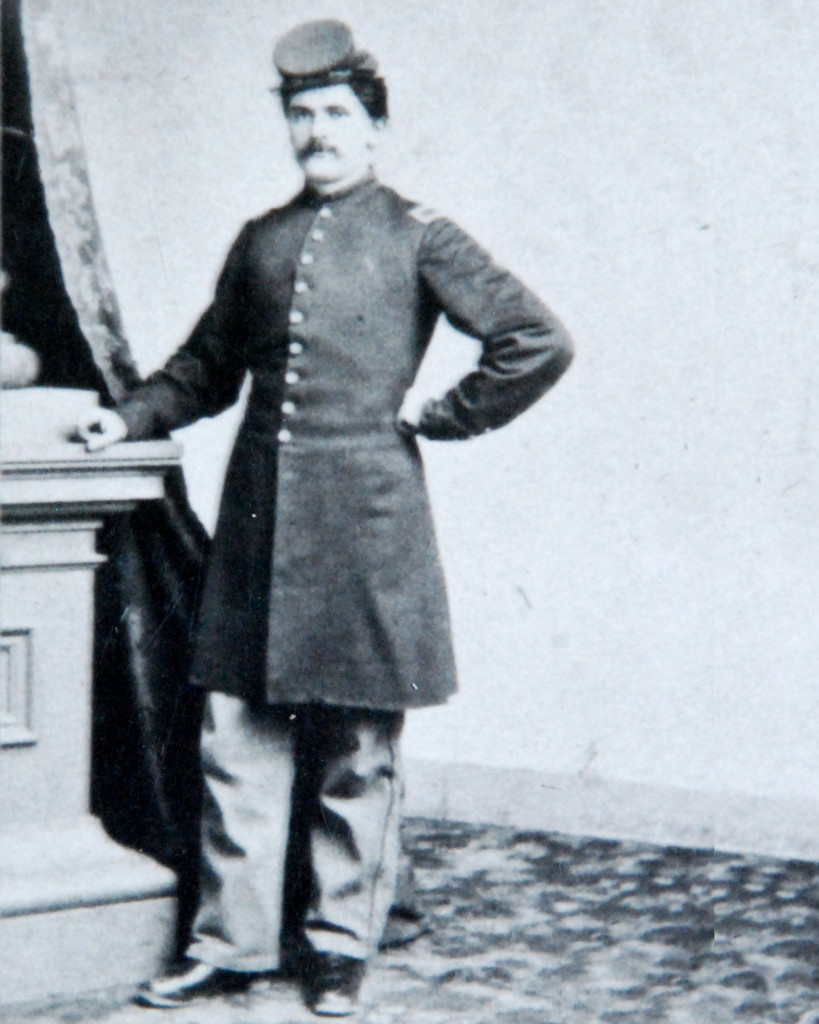 Friends of twenty-four year old George T. Brown, believing him to be still imprisoned, were “agreeably surprised” when he appeared unexpectedly one day in October 1864.  A 1st Lieutenant in Company H, and son of an Andover druggist, Brown had been shot in the left leg on June 22 during the battle at Weldon Railroad during the siege of Petersburg and captured.   He was sent first to “Yankee Hospital” in Petersburg, and then transferred to Libby Prison Hospital in Richmond.  His wound, as well as his status as an officer, might have saved his life.  Able-bodied men captured in the same engagement, including Andover’s George S. Farmer, were sent to the notorious Andersonville Prison in Georgia, where Farmer died Sept. 10, 1864.  Brown later “spoke well of the qualifications and attentions of the rebel surgeons.  The daily rations served out, however, in the hospitals, consist of a small piece of bread, and a bit of pork or bacon, not half enough to keep a man alive.  He, with all the others there, was obliged to provide extra food as best he could, a dollar purchasing four or five ordinary sized potatoes, and other things in proportion.”

After about ten weeks of confinement, Brown was paroled and mustered out.  He arrived home in Andover, suffering from “excessive gastralgia” or stomach pain, but otherwise healthy.  He was married in 1868 to Hannah Flint from Andover, and moved to Boston, where he became a prominent druggist, with a large shop on Beacon Street.