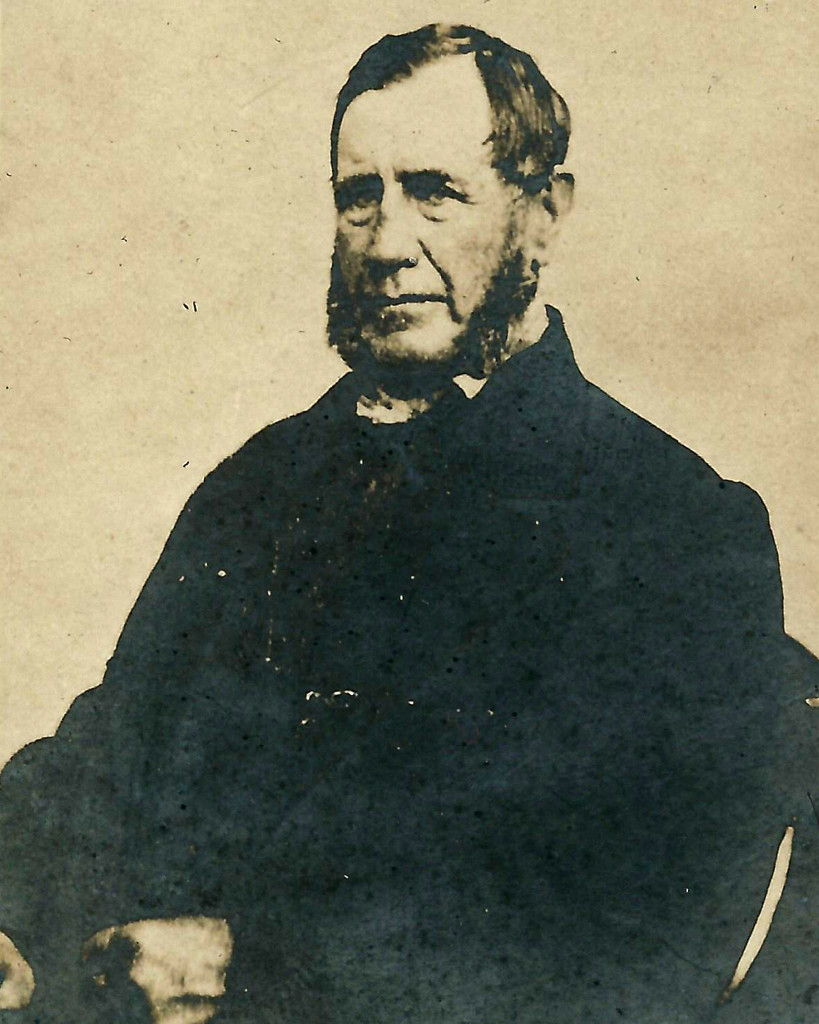 Daniel Abbott (1799 – 1869) was a prominent Andover butcher and provisions dealer, with a store on Main Street, on the site of today’s modern Barnard Building.  He built the Federal-style house now numbered 28 Elm Street (and owned by the Free Christian Church) shortly after his 1827 marriage to Sarah Foster of Andover.   It was said after his death in 1869 that “there were many, and especially among female housekeepers, who would hardly trade with another, if they could deal with him,” and also that “while he was remarkable for acquiring a knowledge of all which makes the secret history of individuals in the community, he was never named as a tale bearer.”  He and his wife Sarah had two sons who survived into adulthood.