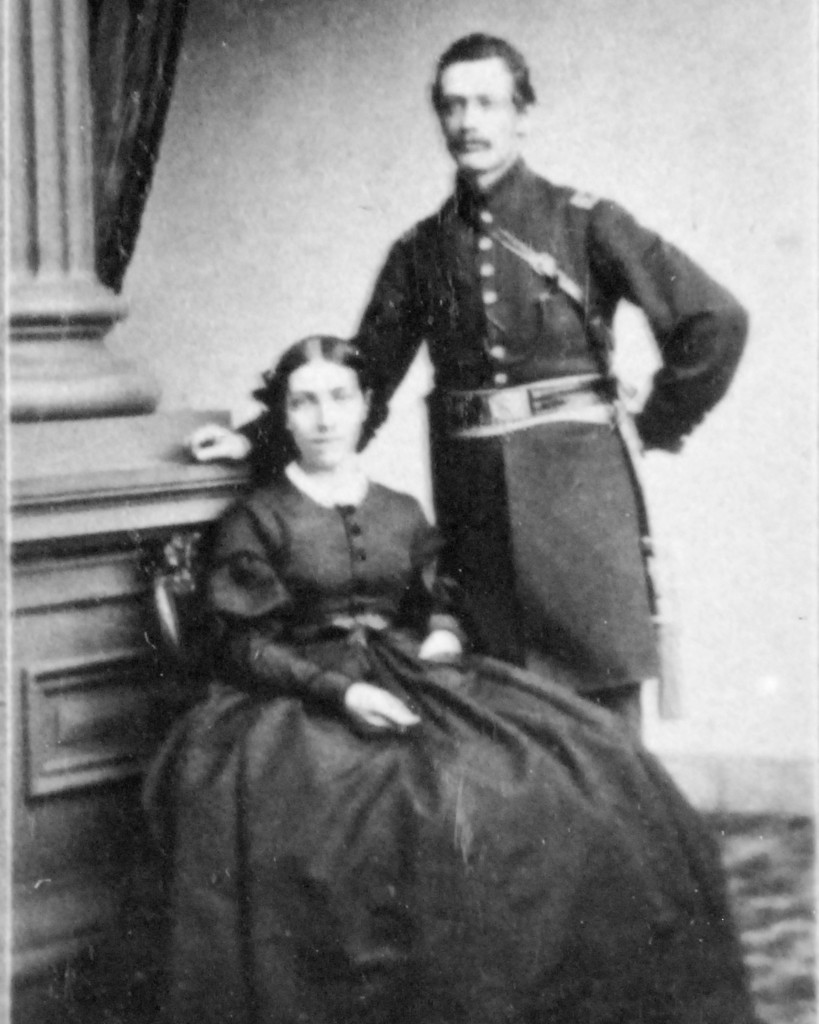 For Charles H. Poor and his wife Rebecca, the bereavement of the war years began on the very day that he departed with the rest of the Andover Company for Fort Warren in Boston.  The couple’s two-year-old daughter Nellie died, of a quick childhood fever, in Newburyport. With an unusual level of detail in an era sadly well-accustomed to childhood death, the Andover Advertiser noted Nellie’s “early intelligent and affectionate development” and also that this “little bud of promise” had “at this early age learned to lisp her daily prayer.”

Charles Poor was “an active and popular member of the company from its organization,” and was voted the unit’s Second Lieutenant.Poor was the second son of William Poor, one of Andover’s most ardent abolitionists.  William Poor owned a flourishing wagon factory, and were said to sometime build wagons with false bottoms in order to secretly transport slaves along the Underground Railroad.

Charles Poor served with the Andover Company until his resignation in October 1862.  According to the regiment’s surgeon, he was “completely broken down” by the malarial poisoning he had contracted in September 1861 while serving “in low lands in a hot climate.”

After the war, Charles and Rebecca welcomed daughter Blanche in 1868.  Charles worked in the wagon shop as a “painter” and a “carriage trimmer”, although he was weakened by bouts of malarial symptoms for the rest of his life.  The couple lived together in North Andover and celebrated their Gold Wedding Anniversary on October 16, 1908.