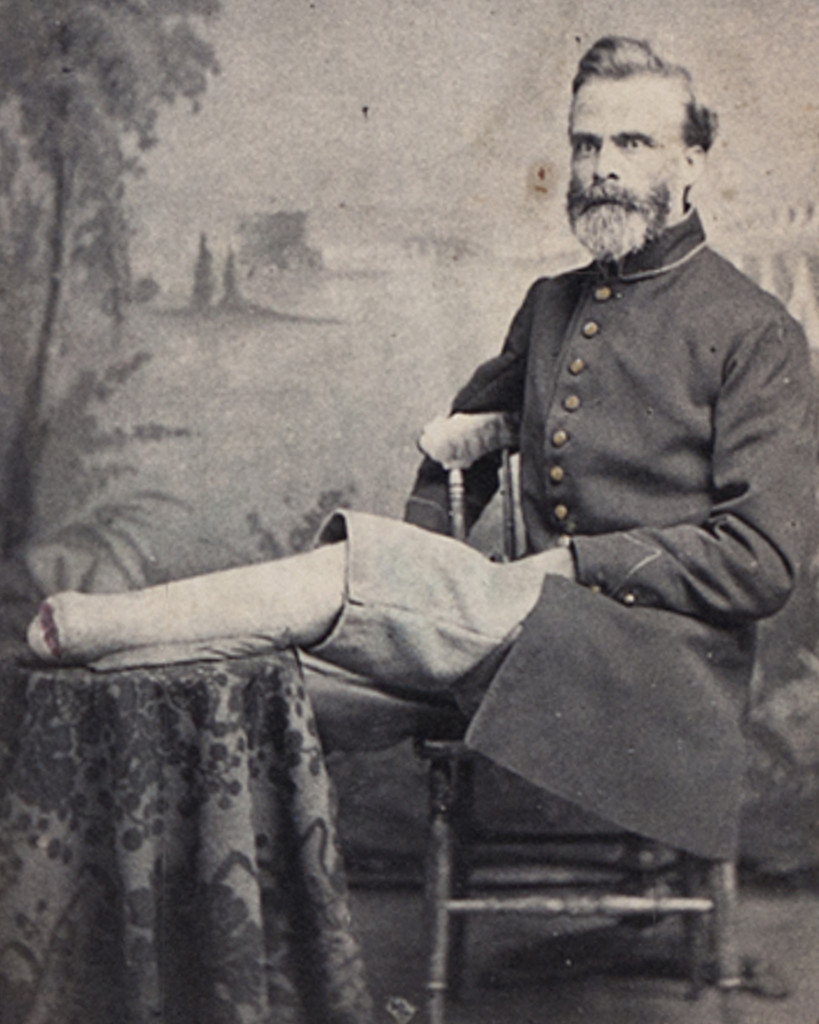 Augustine K. Russell had four children and a pregnant wife when he was drafted in July 1862 into Company H.  He was paid a $100 bounty by the town of Andover plus an additional $10 from Smith and Dove. He left his family with his parents at the West Parish house (now 167 Lowell Street) where the extended family worked in a shoe manufacturing shop.

With the rest of Company H, Augustine saw his first serious action at the battle of Spotsylvania.  He was shotin the hand and foot on May 19, 1864, while attempting to carry wounded fellow soldier E.K. Bryant from the field.  He was taken to Emory General Hospital in Washington, where he was visited by a delegation sent from Andover to tend to the needs of the town’s wounded men. The Rev. Joseph Turner and Joseph Abbott reported that Russell was “wounded in the left foot, whole foot amputated; a ball also passed through his left thumb, both wounds quite painful still; no reason why he will not get along well now.”

Augustine convalesced at home and at the military hospital at Readville, Massachusetts.  He was discharged on June 2, 1865, and the family added another daughter in 1868. In 1870, he was forced to undergo an additional amputation, but recovered enough to work again as a shoemaker and also serve as a State Representative.