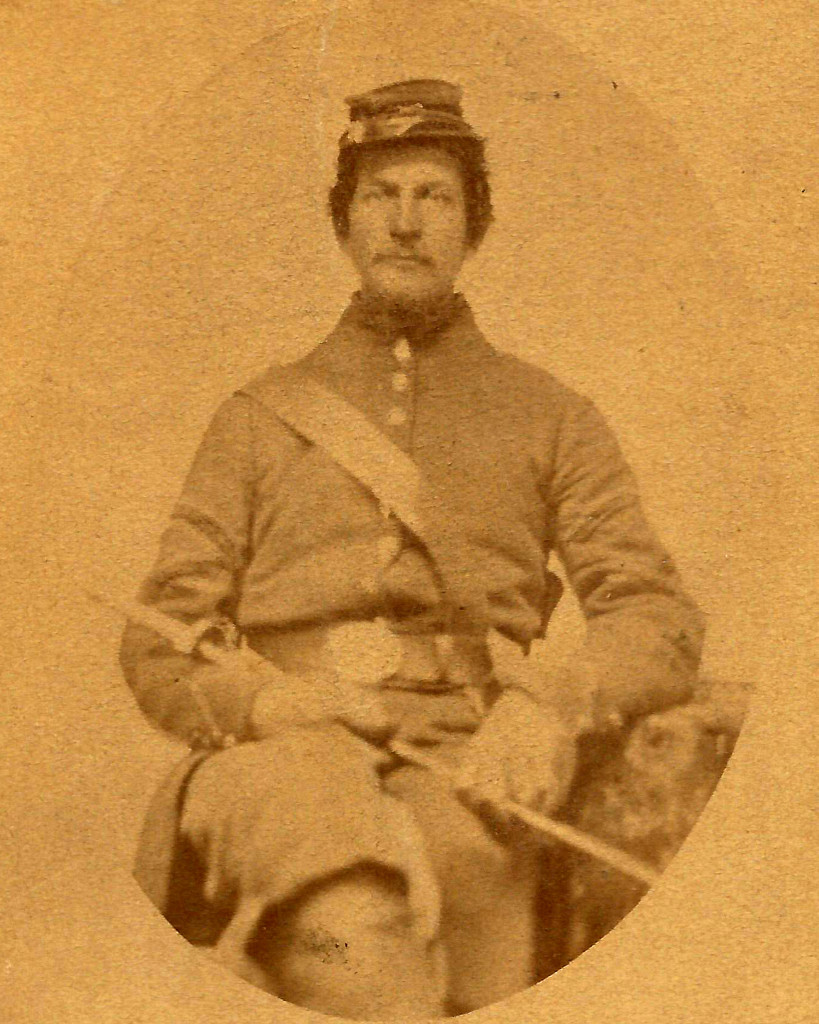 Lt. Orrin Lewis Farnham was a week short of his twenty-ninth birthday when he was fatally wounded at Bryant’s Farm near Petersburg, Virginia on June 16, 1864.  A comrade wrote after the battle, “Lt. Farnham who was killed was an excellent officer, brave, and ever ready to go where duty called him.  When shot he was at his post cheering on the men who were charging a rebel rifle-pit. The men fought bravely, although the rebel bullets were pouring into them like hail.” Company H quartermaster E.K. Jenkins recorded in his diary that Farnham died at the Third Division Hospital the next day “at 2 ½ p.m.”

Farnham was born in Andover in 1835, and as a teenager had worked as a farmhand after the death of his father in 1848. After his mother’s remarriage in 1857, he moved to Chicago and worked for a time as a machinist but was listed as a butcher at the time of his enlistment in the spring of 1861.  He had been voted a Sergeant by the Andover Company and was later promoted to Regimental Quarter-Master Sergeant and then to Lieutenant.

He is buried in the West Parish Cemetery.