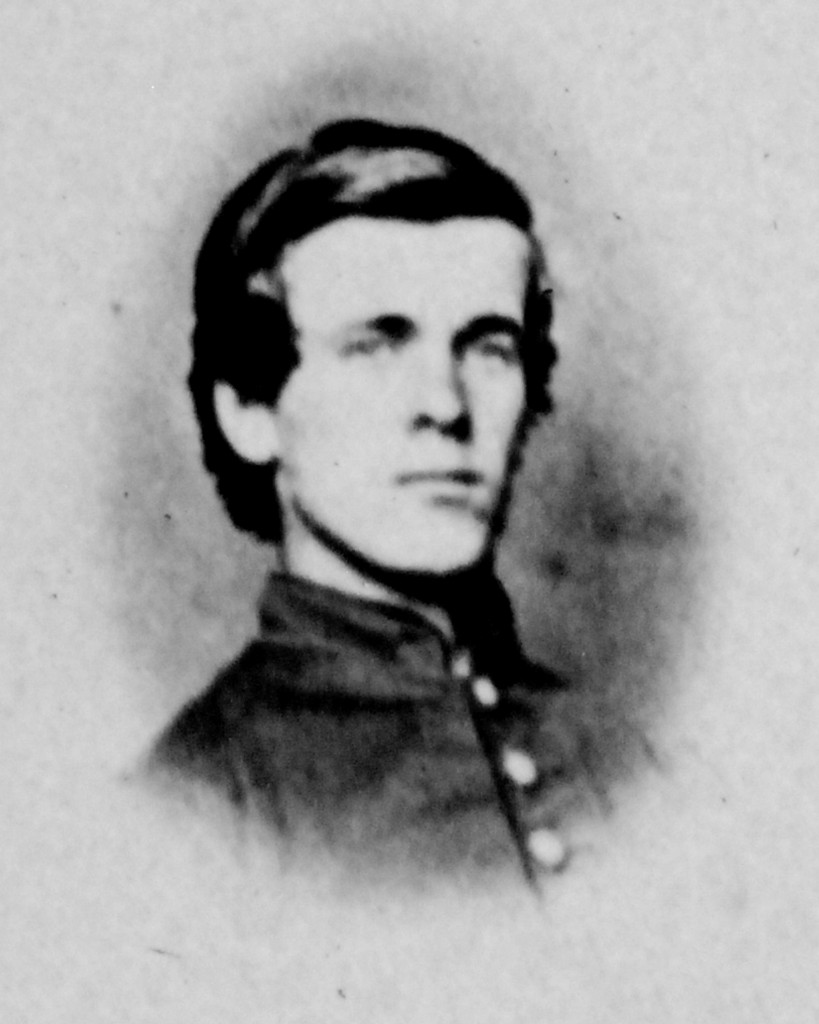 Peter Dove Smith (1842-1911) was so well known in Andover as an older man that it is easy to forget that he was just nineteen in 1861, when he joined the Andover Company.  The second son of Andover industrialist Peter Smith, he was promoted to corporal, sergeant, and then to 2nd lieutenant of Company G of the 1st Massachusetts Heavy Artillery.  At the battle of Spotsylvania, he lost the two middle fingers from his left hand.  In a group photograph taken a few months after his August 1864 discharge, he displays his maimed hand with bravado.  He married Abby Jane Chandler in 1867 and lived for ten years in Gloucester, where he owned a wholesale fish company.

After the death of his father in 1880, he returned to Andover and became, eventually, the President of the Smith and Dove Manufacturing Company.  He was also a Director of the Andover National Bank, a Deacon at West Parish Church and, for three years, a town Selectman.  Prominent in both local and state Veterans organizations, he was a founder of the Soldiers Home in Chelsea.  In May 1901, Smith led a regimental delegation that dedicated a memorial monument on the Spotsylvania battlefield.  He also, along with his wife and two of their three daughters, visited the National Cemetery at Fredericksburg, where childhood friends — of both Peter and Abbie Smith – were buried.  They also had a cordial meeting with a North Carolina man who had been a Confederate sergeant engaged in the same battle.